Triage and initial assessment in the emergency department

The number of patients being treated in emergency departments in German hospitals is increasing at a steady rate. Every year, the number of patients is growing by almost ten percent and everyone wants to be treated immediately. Many come to the emergency department of their own volition. The reasons for this include a lack of knowledge about outpatient emergency structures, uncertainty about the severity of their own illness or long waiting times for an appointment to see a specialist.

This means that more and more patients end up in the emergency department who would not necessarily be admitted normally. At the same time, the demands these supposed emergency patients are making, supported by political statements and media reports, are increasing all the time. An emergency department that fails to clearly structure and consistently document the triage process will have little basis when follow-up questions or complaints from patients arrive.

Triage systems describe tools for assessing the urgency of an emergency patient's treatment. The term “triage” comes from the French word “trier” and means “to sort“. Derived from military medicine or disaster management, structured triage tools are now also used in emergency departments, where they are also referred to as "initial assessment".

Triage systems serve the purpose of focussing limited human and material resources onto what is medically urgent. Based on vital signs, such as blood pressure and temperature, and statements made by the emergency patient and their symptoms, specialists can recognise how urgent immediate treatment is in just a few minutes. Triage systems can be used to establish a qualified sequence of treatment in the emergency department. Triage systems help classify emergency patients according to the urgency of their treatment and help prioritise medical treatment services. If properly documented, they represent the keystone for controlling all subsequent treatment processes.

Standardised triage or initial assessment systems have been developed in hospitals to establish a structured and validated basis for decision-making for al medical professionals working in emergency scenarios. Four common triage systems exist around the world that are used in the emergency departments at various hospitals.

The Manchester Triage Scale, or MTS for short, was developed in Great Britain in the 1990s and is now used in many European countries in particular. Until the Manchester Triage Scale was introduced in emergency departments, initial assessment depended on the personal feeling of the triage specialist and varied in terms of its characteristics, time windows and classification levels.

Using the MTS system, trained nurses can now determine the severity of the illness or injury systematically and in a standardised way, based on the symptoms presented by the patient and the complaints they describe. These are assigned to a 5-level system of colour coding. These correspond to five levels of urgency or treatment priorities. Each of the five MTS groups is assigned maximum waiting times, i.e. the period of time at the latest after which a patient should be seen by a doctor.

MTS diagrams and assignment of urgency levels by colour.

Analogous to the typical symptoms presented by emergency patients, various MTS diagrams, what are referred to as patterns of complaint, were developed. In the MTS diagrams, the possible symptoms (indicators) are assigned to the five MTS urgency levels according to colour.

MTS category red: Immediate assessment! All other ongoing secondary activities are interrupted instantly to start immediate treatment in this case.

Each diagram or complaint pattern and each symptom is accompanied by further explanations. The purpose of the MTS diagrams is to support the work of the triage specialist performing the assessment and help make the right decision in case of uncertainty.

Many hospitals have an extended MTS in place and use it to supplement their initial assessment in the emergency department, such as the university hospital Charité Berlin. In addition to the patient's symptoms and complaints, they also take into account the vital functions of respiration, circulation and consciousness (extended MTS Charité). The initial assessments network is available to provide training in Germany.

The Emergency Severity Index, or ESI for short, is also a 5-stage triage algorithm which was developed by emergency room specialists and nurses at Harvard Medical School in Boston, USA, in the late 1990s. ESI Triage is also about identifying those patients who need to be seen and treated immediately by an emergency doctor.

First of all, patients with a high level of treatment urgency are identified; for the others, assignment to a group (not the order of treatment!) is then determined based on the likely resource requirements.

The first decision step (Decision Point A) checks whether the patient is unstable and whether "immediate life-saving intervention is required". Unstable patients are assigned to Category 1. An immediate treatment start is defined for them.

Decision Point B checks whether the situation is high-risk, whether the patient is extremely confused, lethargic or disoriented, or in severe pain or feels extremely unwell. These patients are assigned to Category 2. Category 2 patients with a life threatening condition must be seen by a doctor within 10 minutes.

For patients who do not fall in to Category 1 or 2, Decision Point C examines how many resources (X-ray examination, sonography, CT, etc.) the patient will use during their treatment in the emergency department. Depending on the resources they will use, they are assigned to Category 5, 4 or 3.

The ATS also takes the form of a 5-step model based on the assessment of vital parameters. Classification into one of the five categories is defined in tabular form for each criterion (respiration, airways, consciousness, circulation incl. pain). In addition, neurovascular, psychiatric and ophthalmological parameters are assessed, with the parameter with the lowest category determining the overall category. The assessment of these parameters takes place separate to the actual diagnosis.

The first Australian triage scale was developed at Box Hill Hospital as early as in 1977 and used descriptive terms to represent urgency, but without a time window at the time. With the development of the National Triage Scale (NTS), the Australasian College of Emergency Medicine (ACEM) standardised the nomenclature and descriptions in the 1990s. The NTS provided a uniform numerical code, categories and also treatment urgency in the form of time windows. The NTS was revised again in 2000 and since then has become the standard system for triage in emergency departments in Australia and New Zealand under the name Australasian Triage Scale (ATS). Further information about the ATS.

The Canadian Triage and Acuity Scale (CTAS) was developed in 1995 on the basis of the Australian NTS and is also a 5-step model. Unlike the NTS, the CTAS specifies more sophisticated assignments of key symptoms to triage categories. The division into a certain triage category does not take place based on tables or flow charts, but on the basis of descriptions of clinical pictures or medical conditions.

What both systems have in common is an extensive catalogue of symptoms. The CTAS also includes the diagnosis in the initial assessment, be it only in the sense of a suspicion, sentinel or exclusion diagnosis.

ERPath software support for the initial assessment in the emergency department

Our ERPath emergency room information system has the various initial assessment and triage systems built in. The software helps you to structure the triage or initial assessment processes in your emergency department and document them for all your patients. As a result, you can control the subsequent treatment process directly for each individual emergency patient.

ERPath optimises and accelerates the performance of the initial assessment in your emergency department. The software not only makes the triage itself easier for the emergency room specialist performing the initial assessment, but also the documentation and subsequent evaluations. The triage lays the foundation for the subsequent treatment process. To this end, it has to be well documented in an ongoing manner. In ERPath, we have developed a sophisticated system of documentation for your triage that exists directly along the checklist path. In this way, the software ensures a robust system of documentation.

Initial assessment with ERPath – The benefits for your emergency department

Our ERPath triage software not only maps the various triage systems that exist, such as MTS and ESI etc., but also the individual extensions to them, which can be very different from hospital to hospital. This allows you to configure or add your own individual triage questions, complaint patterns or indicators etc. to ERPath at any time. This option allows ERPath to map your hospital's individual situation (whether it be in a rural or urban setting with attached outpatient practice or not, etc.) exactly in the software.

ERPath represents a fast and advanced software application for performing initial assessments that can also be used on a mobile basis. With the help of ERPath, all triage values including patient-oriented documentation can be entered within 60 seconds. Besides the complaints that the patient presents, ERPath also records their vital signs. In the application, your initial assessment staff can enter the complaint pattern, urgency, associated specialty, vital signs, Glasgow Coma Scale, referral type, reason for admission, allergies, individual notes and a corresponding clinical pathway (as a suggestion to the nursing staff and doctor) for the subsequent steps (oriented towards the initial assessment and symptoms). What is more, you can also configure the limit values or risk settings for vital signs in our ERPath triage software.

Any of the different triage systems (MTS, ESI, etc.) that exist can be implemented in ERPath. Likewise, ERPath can also map any hospital's inhouse or independently enhanced triage concept. Initial assessments according to MTS and ESI contain both subjective and objective information and require the nursing staff to have appropriate training and experience. With the recommended steps for nursing staff and physicians integrated, ERPath can map this system with the allocation of a specialty and a clinical treatment path.

Would you like to find out more about ERPath? Then please feel free to call us!

Our digital solutions are revolutionising healthcare. 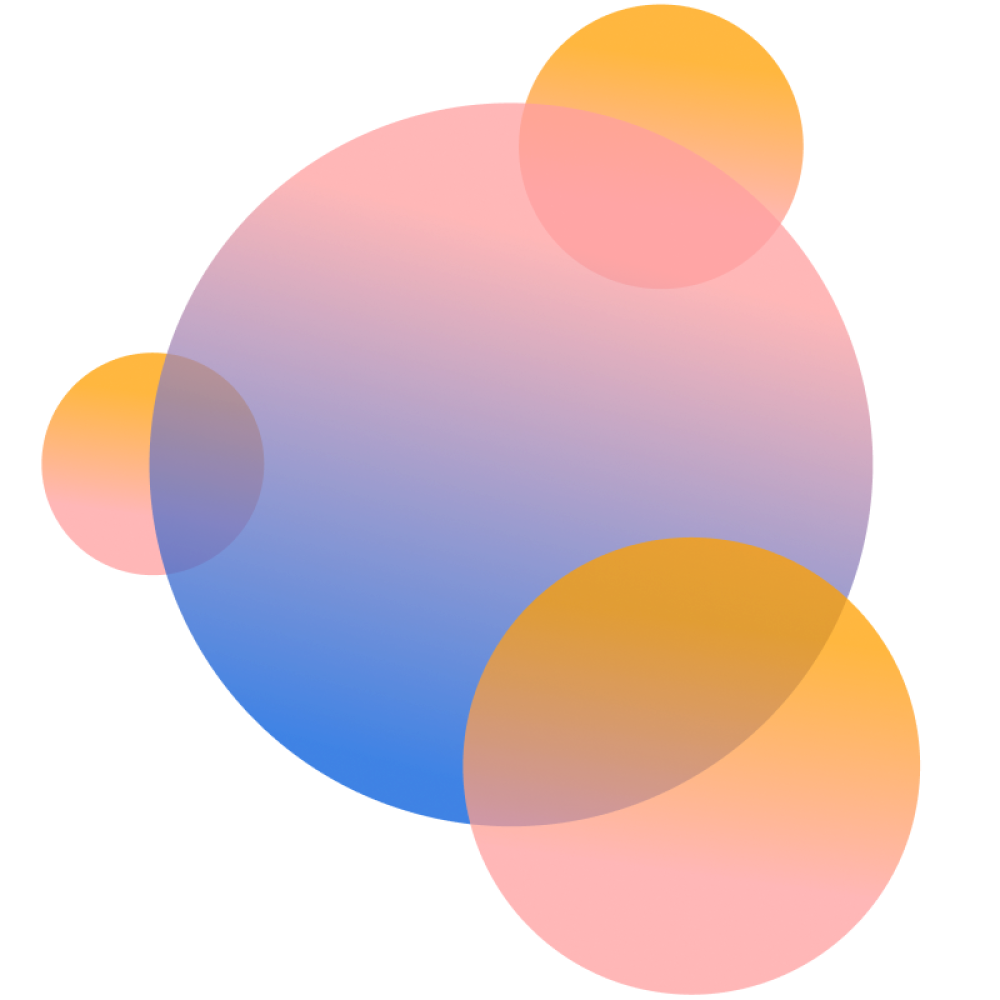 ERPath covers the complete process control and process optimisation in the emergency care and is already successfully in use in numerous emergency rooms at all levels of care. Digitalisation in hospitals: the cooperation between Recare and eHealth-Tec facilitates the work in emergency rooms

A seamless patient care process, from initial assessment to transfer: The interconnection between the systems of eHealth-Tec and Recare enables seamless care planning in emergency rooms. The strategic partnership of the two software companies helps to advance digitalisation in hospitals further.

Triage and initial assessment in the emergency department

Key information at the right time: in the latest supplement to the German national daily newspaper "DIE WELT", entitled "Analysis – Secure IT and Medicine" (in German only), Managing Director of eHealth-Tec, Tobias Leipold, explains how our ERPath software makes the work performed in the emergency department more efficient.